Do you want to see Majda’s poses?

Help us help get this Czech-Croatian student short film the polish and exposure it deserves. 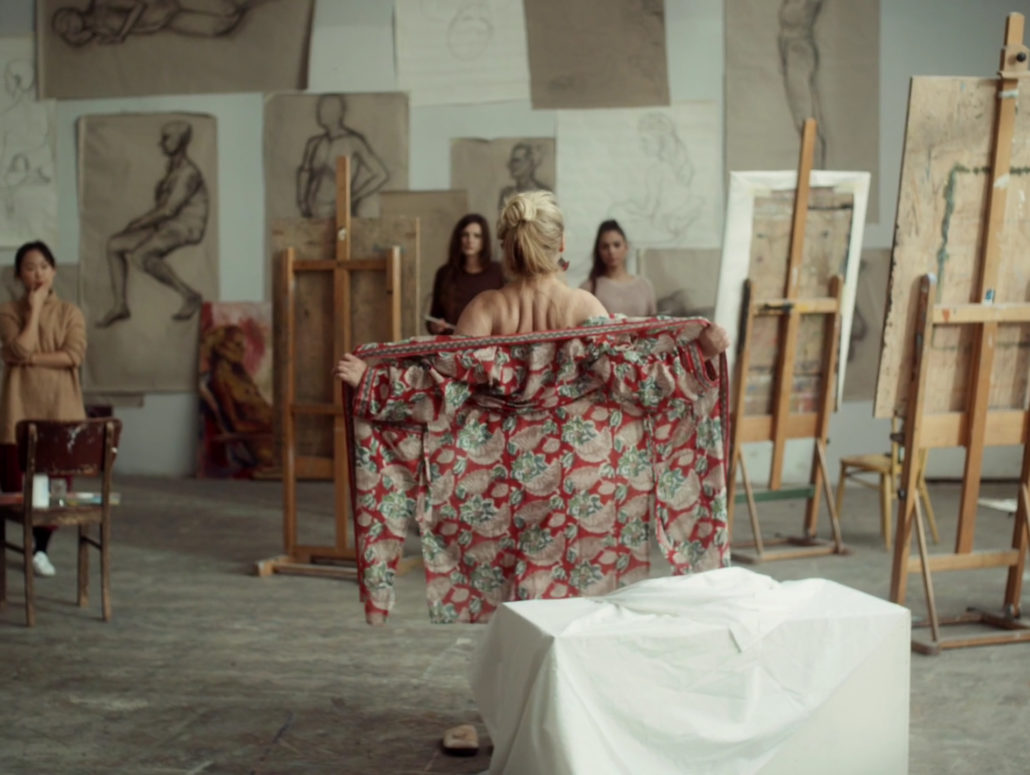 We are supporting Dora Šustić , Abraham Joseph and Lidia Teleki to finish their film Majda’s Poses – Majdiny pózy.  The project, inspired by a VICE Serbia article about Belgrade’s nude models, won Best Pitch, at Kratki na Brzinu, the Croatian Festival of short films in May 2016. It stars Monika Kobrová and Kryštof Bartoš and half of it is already in the box. Last weekend they reached their 6.000 $ crowdfunding goal.

This is the good news. The bad news is that while they have raised the bare minimum required to finish shooting, this won’t cover proper color grading, and festival and distribution fees to give the film the audience and exposure it deserves.

So the Indiegogo campiagn is still running and together with Krymská Manufaktura they’ve added a new perk. That means you can now get our Sailor Bag, the bag from the film, when you support their crowdfunding campaign.

Majda’s Poses is a real life story of a woman who left her homeland in search of a better job and future, told in a poetic, stylised manner. The story combines a specific Balkan-Mediterranean sensuality with the mysteriousness of Prague. It is a film about vulnerable members of our society, women who fail to see their inner strength and beauty, who disregard their instinctual wisdom and fall into a trap of romance, into the illusion of love, something we have all experienced in some way during our lives. Majda’s madness is an aspect of femininity pushed to the extreme, brought to life by the incredible Czech stage and film actress Monika Kobrová. The story was written by Dora Šustić, Croatian writer, director and student of screenwriting, after being inspired by an article published in VICE Serbia about Belgrade’s nude models. Through collaboration with Monika, the protagonist of Majda was born. Our film is a story about vanity, reluctance to embrace the beauty of change and transformation. For more than a year, the film has been slowly forming, from the sudden moment of inspiration to the first shooting and production in November 2016.

Why does it matter?

Majda’s Poses might seem as just another short film about failed romance, but in fact it is not a film about a desperate woman looking for affection, it is a film about the female gaze, a story rarely told, about a woman in the midst of her journey to self-discovery. Through our film, we are sharing a story of an inspiring woman, who being swept by desire lost control over her life.

Don’t have the money to contribute?

You can still help by sharing!

Against all odds, we are EET compliant already

How to Measure Your Head
Scroll to top